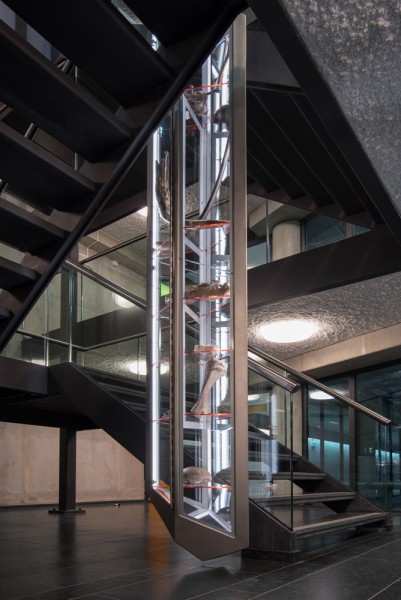 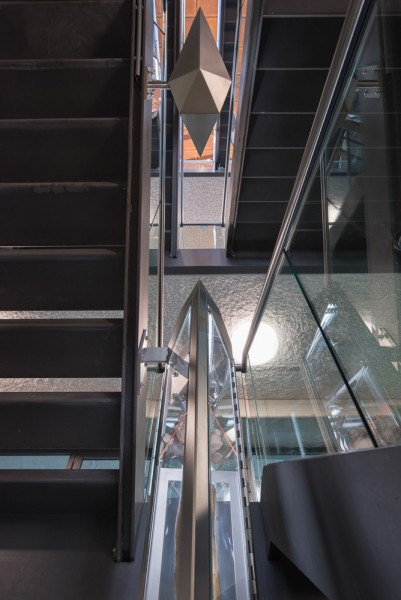 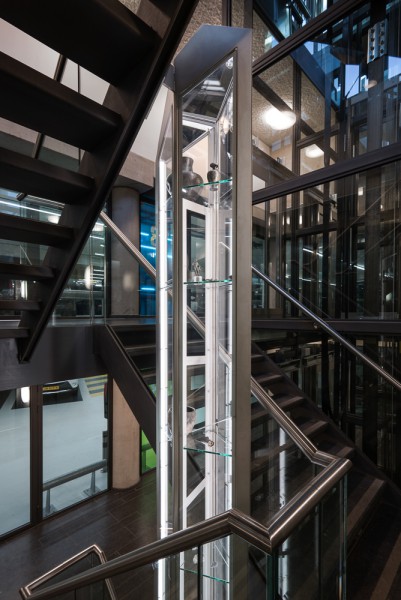 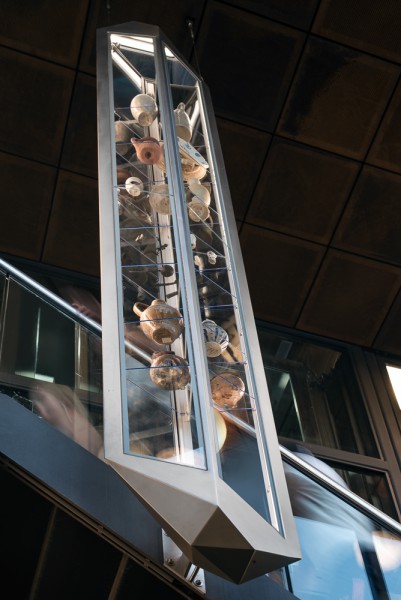 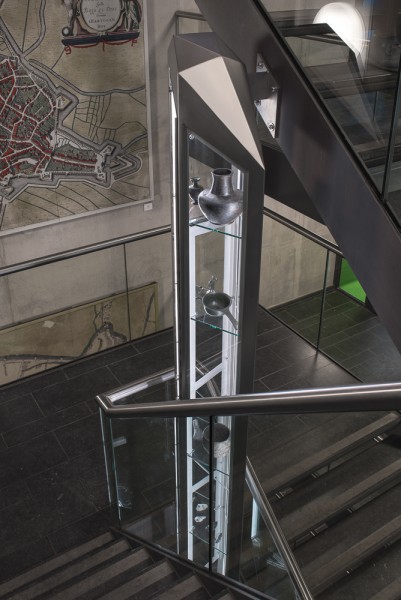 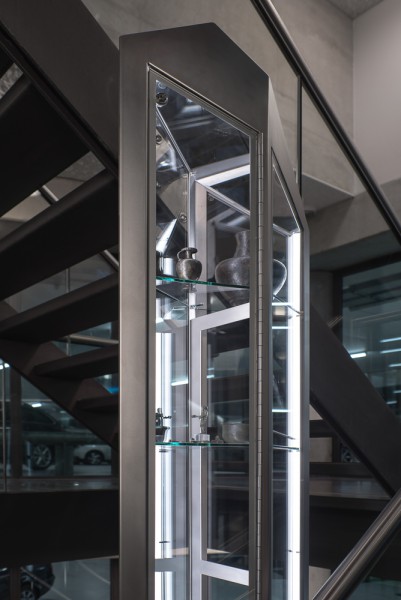 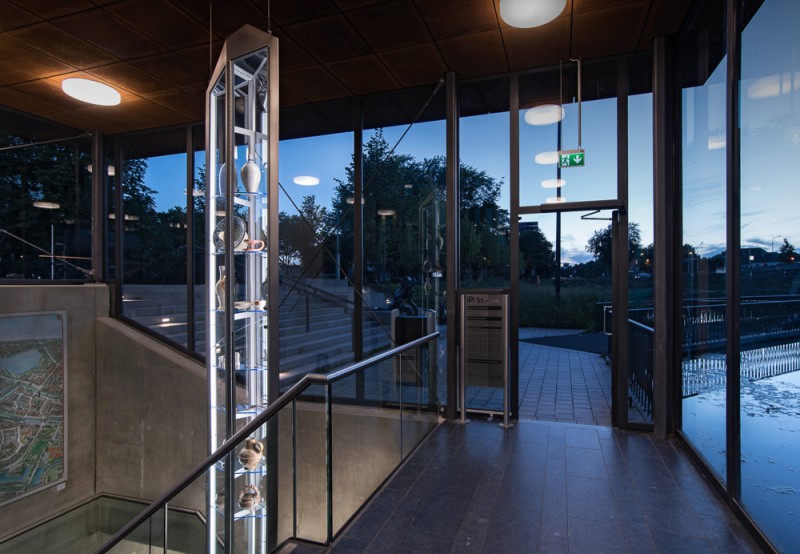 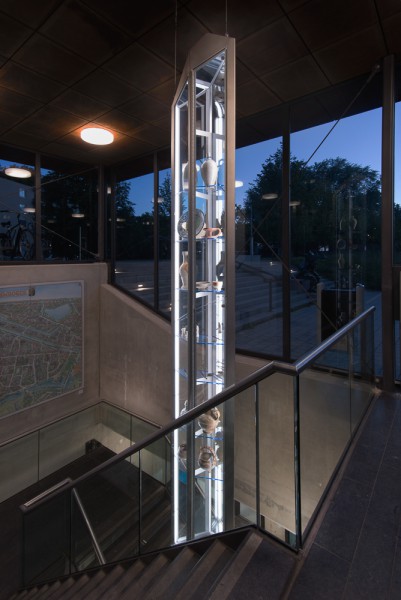 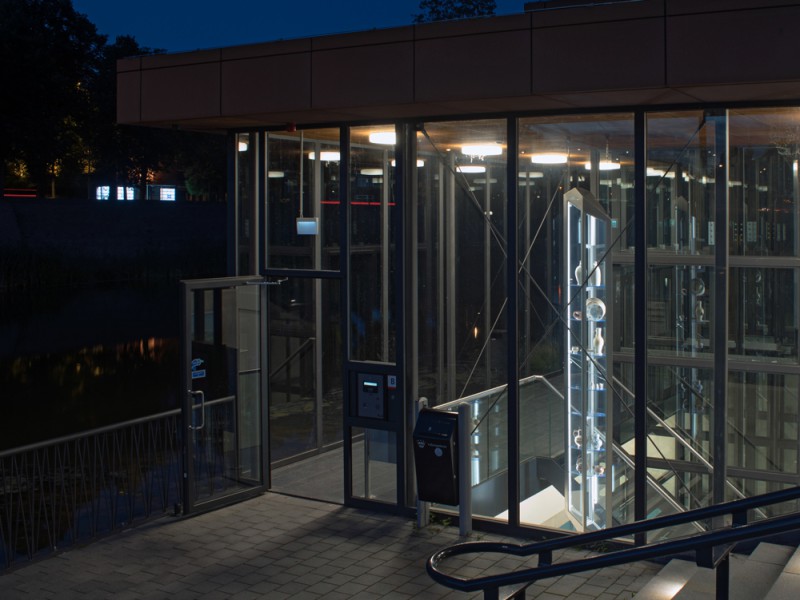 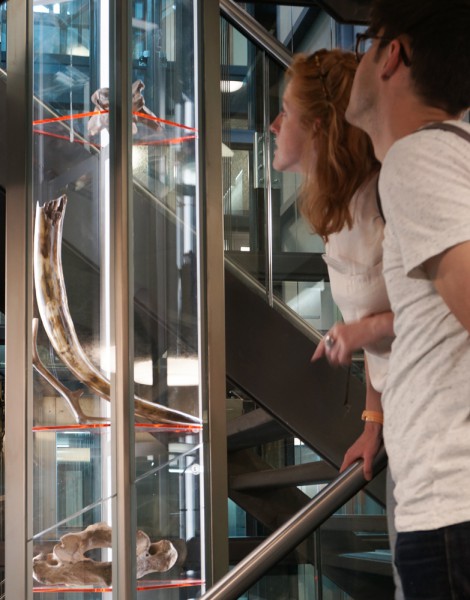 In 2014 Studio Thier&vanDaalen was approached by the City Council of ‘s-Hertogenbosch to make a design for showcases showing their archeological discoveries in a new underground parking Sint-Jan.

The showcases had to become an eye-catcher because of the discovery of parts of one of the oldest Neanderthaler settlements in The Netherlands, at the building site. A unique chance for the Studio to design a series of showcases for the public space.

During the redevelopment of the new Zuiderpark-Stadswalzone, very special archeological discoveries were found. These finds date from the Palaeolithic era about 40.000-70.000 years ahead. Bones of mammoths and wool hair rhinoceros were also found at the excavation.

A unique plan arose to give the discoveries a central place in the new to build underground parking in the area where the finds were discovered. The discoveries were an incentive to show other historic finds. Leon Thier and Rigobert Nivillac, the architects of the parking suggested that the showcases could be placed into the free space of the main staircase. This nice and bright area starts from -3 up to the ground floor level.

Studio Thier&vanDaalen started their mission with a lot of enthusiasm. They presented two proposals to the City Council, where their design Crystal History was unanimously elected. It consisted of showcases shaped as Rock Crystal, according to Roman and Greek antiquity, named as eternal frozen water.

As the underground parking is built below water-level and ‘s-Hertogenbosch is being surrounded by water, this was a beautiful and logical starting point for their design.The existence of water has been of great influence for the city of ‘s-Hertogenbosch. It provided trade, prosperity and a unique charm. “A beautiful fortified city where you still can imagine yourself wandering in medieval times” according to a proud van Daalen, former citizen of the city.

The spatial restrictions of the main staircase provided a challenge in the design of the showcases. The staircase became a symbol of travelling through the times providing the idea of producing slim and high showcases, showing the finds in historical order. Ascending the staircase you will experience a travel through times, observing the historical objects being frozen in time, into their Crystal showcases.

The abstracted shapes of Crystal, constructed into metal and glass, seem more simple than might appear. Never the less; the space containing the showcases is very narrow, about 35 cm, in which all functional details are being minimalized to let the ‘Crystal’ shape stand out.

Above all, the showcases are very tall, the highest one is over 4 metres and reaches to the height of the main staircase. All together, a lot of questions and interesting developments have been implemented into a co-operation with the commissioning company, manufacturer, architect and design studio to come to a fantastic collective result.

The objective, to design an eye catcher to show the rich history of

‘s-Hertogenbosch, has certainly been achieved! Worth paying a visit, to see it yourself! 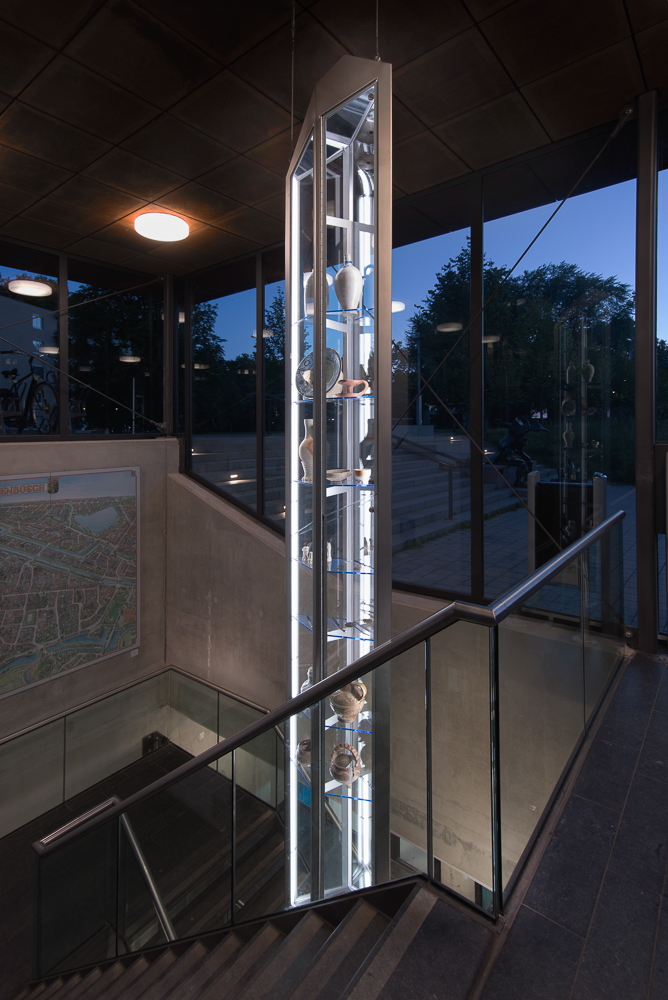 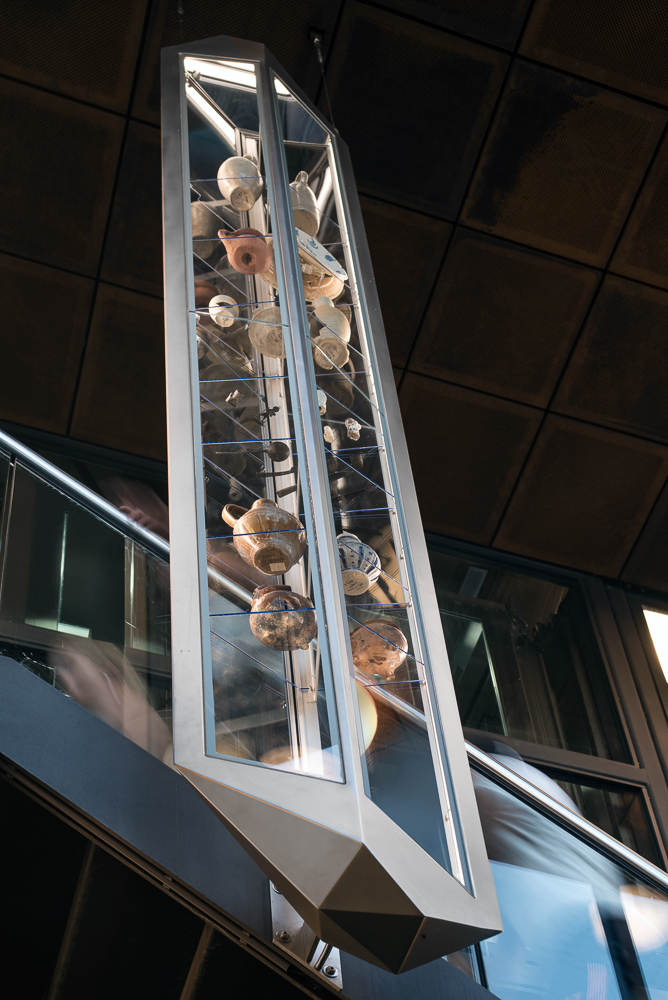 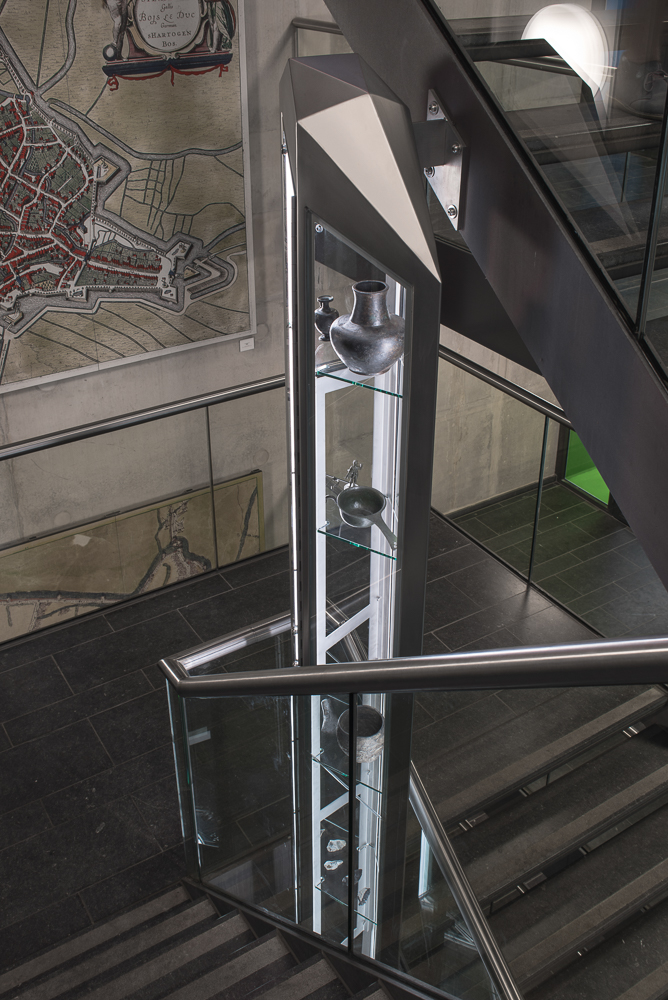 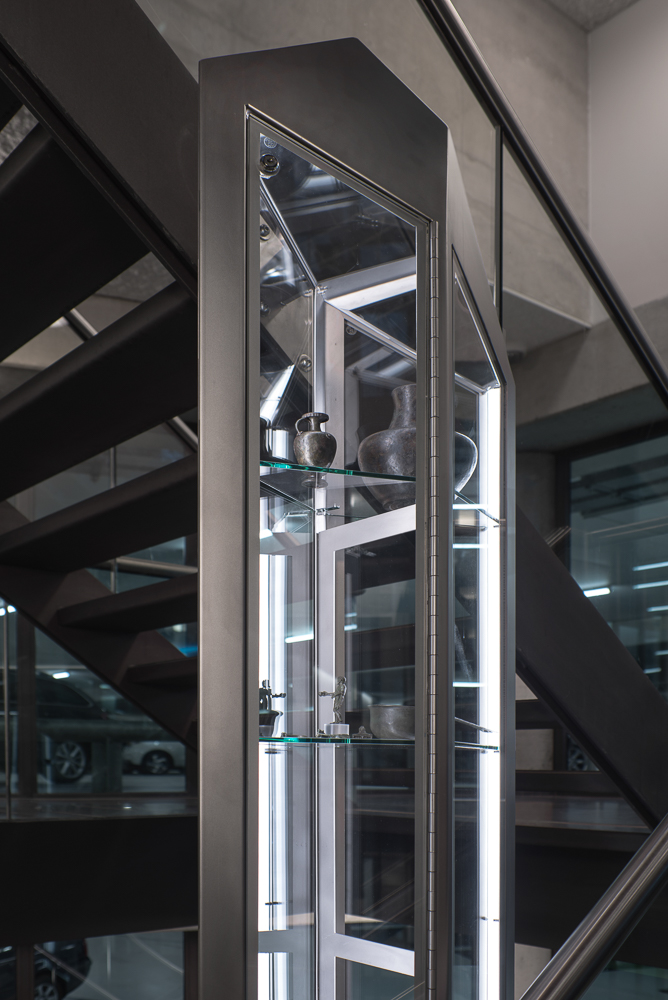 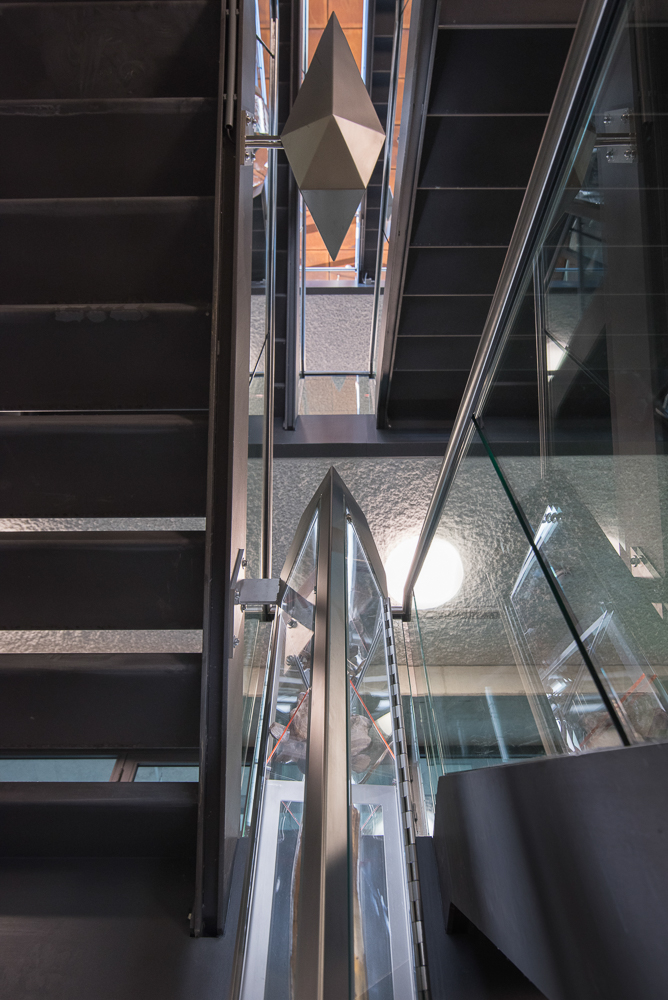 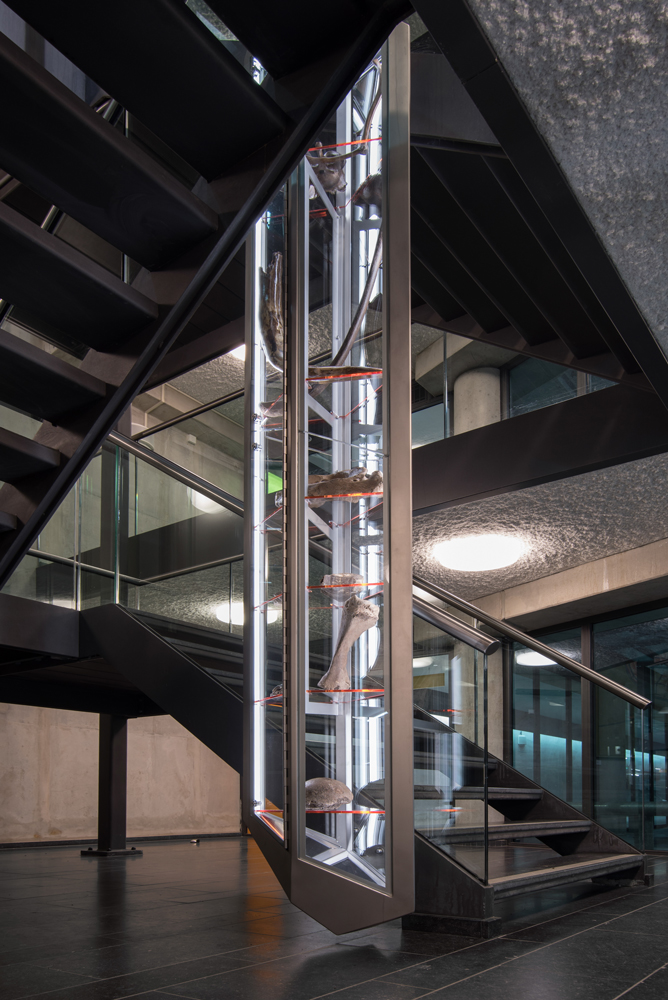 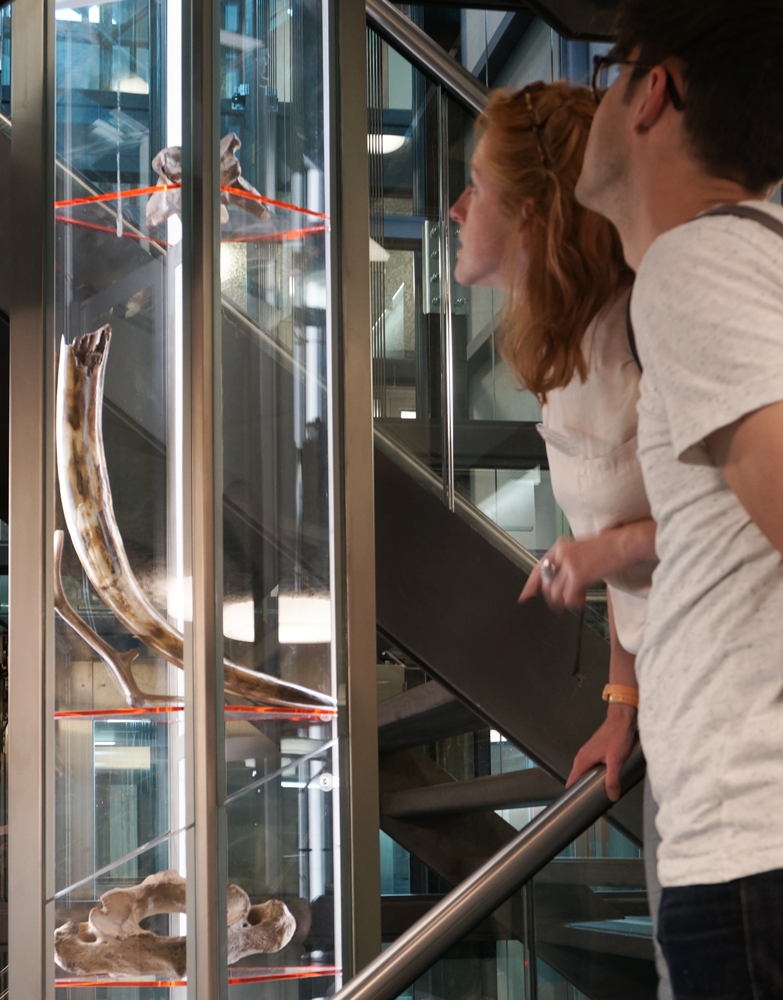 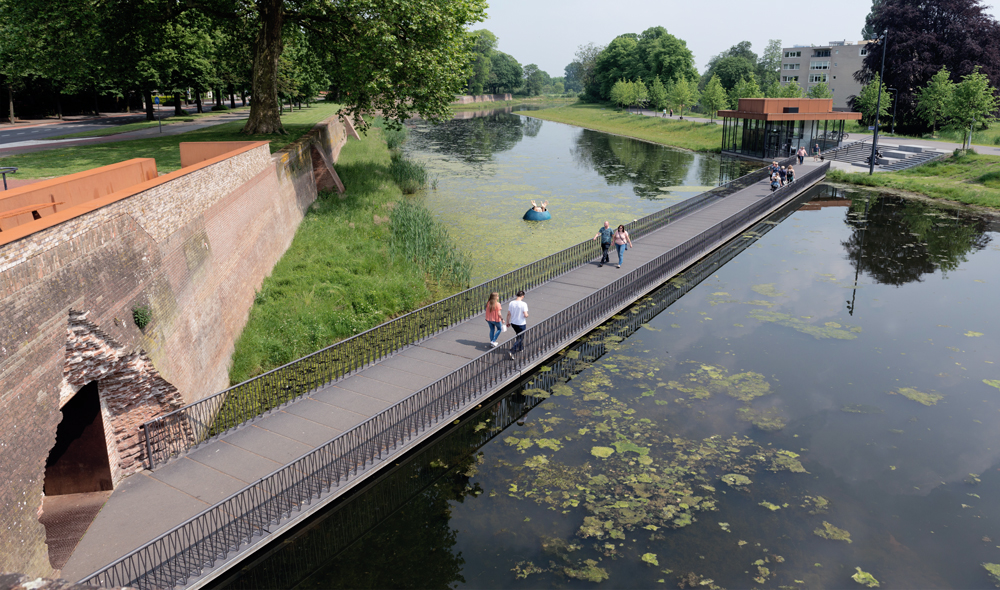 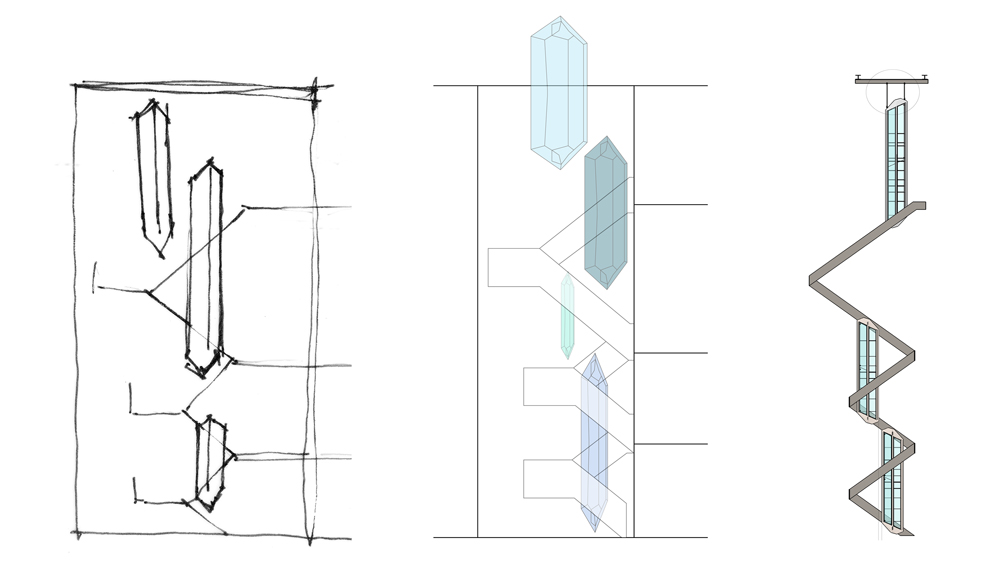 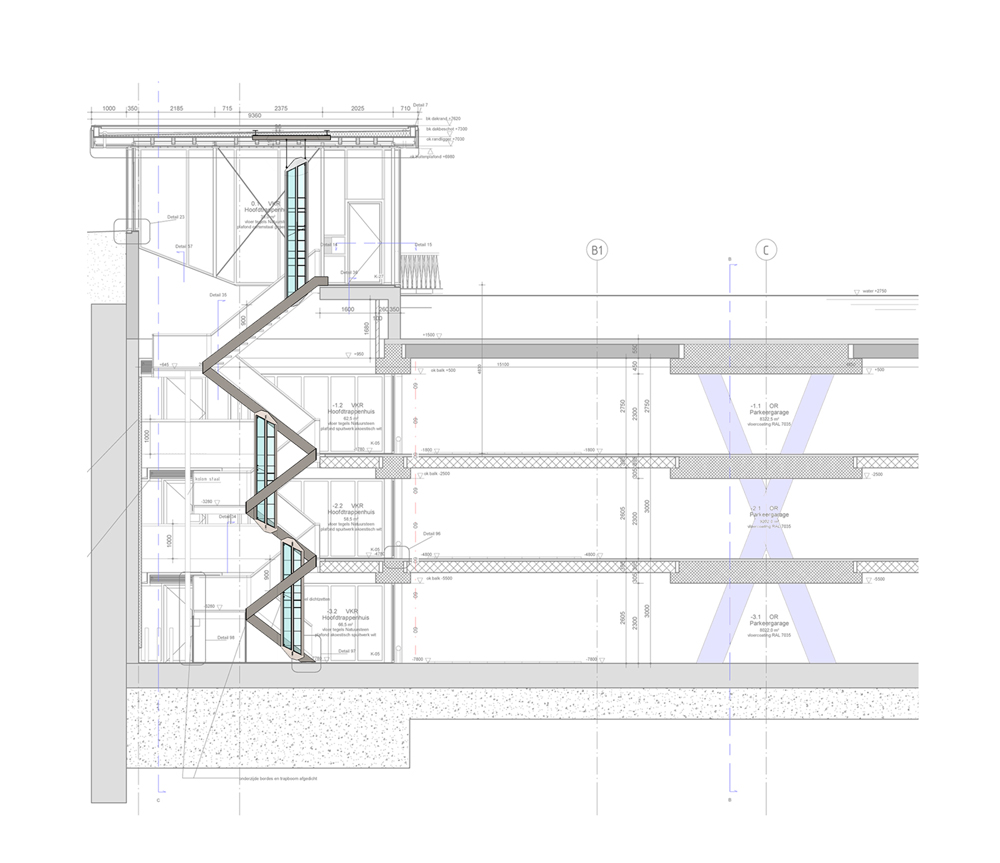